Crawl in Bed With The Gorgeous Sue Brown

Crawling Into Bed With Sue Brown
And a Good Book

*crawls across bed* Important things first, are these sheets silk or cotton?

Cotton. I’m such a boring person. As long as I don’t have to iron them.

*nods* I’m all fro not ironing. What are you wearing?

And a lovely combo it is, too. What are we snacking on in bed while we read tonight?

Lee, you know me… lovely coffee, dark chocolate and hmmm, can we have a red wine?

*sighs contentedly.* That's perfect. Coffee, chocolate and wine.  If I open this nightstand drawer, what will I find?

NOOOOOOOO!!! Step away from the drawer!
You can look under my bed though… I have my favourite books there.

*pulls hand back* Whoa.  Okay. No need to panic, I won't open the drawer.  Although before I was just asking...now I'm dying of curiosity about that drawer. Right. I can see your not budging on this one. So, onward we go. Do you roll up in the blankets like a burrito, or kick the covers off during the night?

The dog hogs the bed and duvet. I sleep however he lets me.

LMAO. I hear you there. My Great Dane is exactly the same! Can I put my cold feet on your calves to warm them up?

OKAY! Fine...I'll just huddle over here...maybe I can wedge my cold toes under the dog...then again...maybe not. Does he bite? What are we reading? 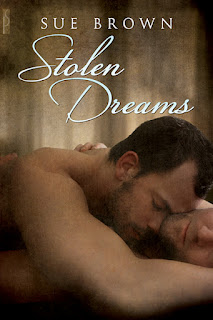 The outcome had been inevitable. One minute after purchasing the skinny latte, extra hot, no froth, the lady in her professional heels and custom-made silk suit wore the drink all the way down the front of her sleek lavender outfit. The cause of the catastrophe? Morgan knew of only one person who treated every arrival like an event involving doors slamming against walls. He sighed as he looked down at the script, not wanting to see what followed the screeching.

A mezzo-soprano would have admired the woman's vocal range and volume: the clumsy attempts of her persecutor to apologize were overridden by her outraged rant. They needed a harridan like this as an extra for the film. Somewhere in the script there was a woman having an argument in the background. Perhaps Morgan could drop this lady a business card and suggest she contact the casting agents. She would be one less problem for the temperamental director to deal with.

The cause of all the kerfuffle was sounding increasingly desperate as the woman refused to be placated with offers of a fresh coffee and dry cleaning.

Morgan wasn't going to be able to ignore them for much longer. Wait for it...

Pasting on a professional smile, Morgan got to his feet and made his way over to the commotion. Elroy had done an impressive job, Morgan had to admit. The front of the poor woman's pale lavender suit was completely covered by a brown stain and there was a puddle of coffee around her feet. Morgan had no doubt her fifteen hundred dollar shoes had been ruined. He fought back a smile as he recognized the make of shoe.

"Nice start to the day, Elroy," Morgan said out of the corner of his mouth.

The other man seemed to fold in on himself, the remnants of the bluster deflating as his friend took over.

"What about my suit?" The woman spied a new audience in Morgan and seemed intent on starting her theatrics all over again.

Morgan turned the full force of his smile on her. This was a patented technique to charm everyone, and Ms Coffee-covered Professional was no exception. She opened her mouth and shut it again, returning the smile with a small, if slightly strained, one of her own. Taking advantage of the sudden silence, Morgan waved to the barista behind the bar. Marco came forward with a bucket and mop to clean up the floor. The last thing MC's Coffee House needed was a lawsuit for a broken hip. As the young barista started to mop up the coffee, Morgan guided the woman farther down the counter.

"Marilyn, get the lady a fresh latte and give me some wet paper towels. Elroy will have his usual. Elroy, sit down over there."

Having given his orders, he turned to the woman, whose clothing still dripped coffee on the floor. "Ma'am, are you all right? Are you scalded anywhere?"

She shook her head and Morgan could see her working herself up to another tirade. He smiled again and she subsided, muttering to herself instead.

"Mr Lewis here," Morgan indicated Elroy, "will pay for a cab to take you home to change and for your dry cleaning. Here's Marilyn with another coffee."

"Cab's ordered, Morgan," Marco called, as he served the next customer.

She accepted the coffee with a muttered "Thanks," and took a sip.

By this time she probably needed the caffeine, Morgan thought.

Elroy was digging through his pockets, emptying out the loose change. "Morgan, man..."

Morgan suppressed a sigh. Elroy didn't have enough money for the cab and the dry cleaning. He probably didn't have enough money for the coffee and cake he was going to consume, knowing Morgan would never press his friend for money. Elroy played on being a starving actor with consummate skill. "I've got it," he said, glaring at Elroy. The man just gave an apologetic shrug. Morgan handed over a few bills to the woman, telling her to come back to the shop if she needed extra money.

"Here we go." Morgan steered the woman out of the shop and into the taxi. He prayed the cab driver wasn't going to make an issue about coffee getting on his seat covers. God must have been listening to Morgan because the man merely waited to hear the woman's destination and then drove off.

Crisis averted, Morgan returned to the shop and prepared to ream out his friend for the shitty start to his day. To his surprise, Elroy was nowhere to be seen. A fresh cappuccino and mocha were sitting on Morgan's table, both drinks steaming gently, but Elroy had vanished.

"He got a call. Said he'll be back in a minute," Marco said, from his position behind the counter.

Morgan thanked him and returned to reading the script. The story was a good one; full of dark imagery that was going to test Morgan's skill as the first assistant director. He wasn't going to have much time to come down to the coffee shop over the next few months. Fortunately, the staff were used to the owner's coming and going in between films and kept the shop running smoothly. His investment in the coffee house had proved a sound one and kept him going between films. Morgan's reputation as an assistant director was growing, however, as word of his excellent work spread. He was beginning to have directors come to him, pleased to work with somebody whose skills they knew and trusted.

He looked up as someone jostled his leg. Elroy sat opposite him, picking up his cappuccino and downing a large gulp with a grateful sigh.

"Hell, yes. God, what a start to the day. I thought that woman was never going to shut up." Elroy flopped back in the chair, his hat falling over one eye.

"You do seem to bring out the worst in women," Morgan observed.

"I have a knack," his friend agreed, completely unbothered by the observation. He closed his eyes as he sipped his coffee.

There was something wrong with Elroy. Normally Elroy would be running his mouth about the script he had read or the actress he'd had in the sack the night before. A few moments passed. Elroy slurped on his coffee and sighed.

Worrying at his bottom lip, Morgan waited to see if Elroy would speak. When he didn't, Morgan said "Elroy?" and waited for his friend to open his eyes again. "What's the matter?"

Elroy took his time answering. "Have you spoken to Tommy this morning?"

Morgan shook his head. "Tommy? No, why? Is there something wrong with him? Jase would have called me if he'd seen him."

Jase was Morgan's fiancé. Normally he would have joined Morgan at the coffee shop; but he'd had a call-back on the other side of town. Tommy, a friend of Morgan's from high school and sometime security guard, occasionally ran into Jase at the studios. His blue eyes resting on Morgan, Elroy said, "I got a call this morning from Tommy. Morgan, Shae Delamere is back in town."