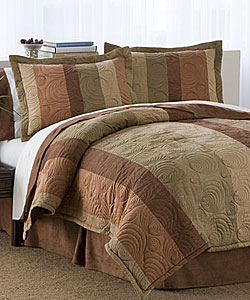 Crawling Into Bed With
HALEY WALSH
And a Good Book

Well you know, a nice brushed cotton can be just as luxurious as silk—and you don’t keep sliding away from your lover.

Excellent point, that is. What are you wearing?
Furry slippers.

Nice! What are we snacking on in bed while we read tonight?
Well, it’s long, and it’s thick, and it’s pretty creamy…a Creamsicle!

Ooh... It might get messy up in here! If I open this nightstand drawer, what will I find?
A shoehorn.

Did you say a shoehorn? My father... I didn't know people still used those. Do you roll up in the blankets like a burrito, or kick the covers off during the night?
Kick ‘em off. I’m hot stuff.

Can I put my cold feet on your calves to warm them up?
Oh, that would be nice. 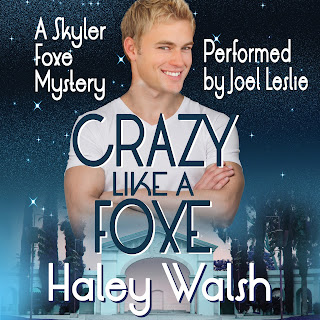 We are listening to the new audiobook release of the sixth Skyler Foxe Mystery, Crazy Like A Foxe .

You can see all Haley Walsh's books—all the Foxe books in order including the novellas, at SkylerFoxeMysteries.com. Sign up for the newsletter and join the Street Team!

Posted by Lee Brazil at 7:24 AM No comments:

The Magicians, What Can You Get for 99¢, Cover Art on Deck #caffeinateme #writestuff


Good morning! *sips coffee* Posting quick today because I have a lot of posts to get squared away for the upcoming release of Spark to the Heart. Speaking of: COVER ART! A gorgeous cover has hit my inbox and I am so excited to share it with you all. There's a giveaway in the offing, and so much more...

But first, I have to ask. Has anyone been watching The Magicians? At first I was iffy about this show, but now I'm hooked. And Netflix only has season 1. I understand season 2 is starting soon on cable, but I do not do cable. (Honestly, I can't believe anyone still does. Hundreds of dollars, hundreds of channels, and still nothing to watch. That's why we gave it up.) So, I'm filling my Amazon cart with Lev Grossman's books. Anyone read the books? I so hope the books are as good as the show.

Last time I did this, it was with a book that Amazon was doing a pilot on. I was majorly disappointed. *fingers crossed*

So... this caught my eye on the Facebook when I was supposed to be working the other day, and I had to grab it. 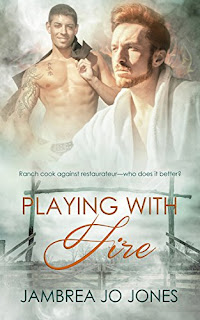 Ranch cook against restaurateur—who does it better?
Hayden McGrath has the formal training and knowhow to run one of the best farm-to-table restaurants in the city. This year he wants to prove his worth by entering the barbecue competition at the American Royal. It has nothing to do with a certain cowboy from the Flying P…
Amos Vasquez has been the ranch cook at the Flying P Retreat since it was an actual ranch. Now it’s a place tourists flock to so they can have a taste of his food. This year he is going to win the barbecue competition and nothing will stand in his way, not even a certain sexy redheaded restaurant owner who has caught his eye.
This will be the barbecue competition to beat all competitions at the American Royal.


I am a sucker for certain themes in romance, and cooking is one of them! You bet that landed in my cart and is near the top of the TBR right now. I have to finish Hidden Figures, then I"m on it. 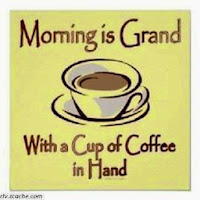 Good Morning! *sips coffee* Welcome. It's a whole new world out there folks, and I do not know what to make of it. We shall see how it all goes. Work wise, it's going fairly well. Havan Fellows and i have just finished edits on Spark to the Heart, book 4 in the Parkerburg series. We have a tentative release date planned for that, on February 13th, I think. Pending cover art and proofing, look for excerpts, buy links, cover reveals and a little give away celebration right here. Soon.

Also, don't miss this! Crawl in Bed is Back! Check out  Crawling Into Bed With Rio Buchanan from Killer at Christmas by Kera Faire. More interviews to follow. I've got Kimi Saunders and Haley Walsh coming up in the next few weeks.


Enough work. So, this has been nagging at me for the last few days. Feel free not to read my pre-coffee ranting. Also, SPOILER ALERT! If you're not caught up on Top Chef read no further!

#TopChef, two weeks ago, Jamie Lynch had immunity. The judges made a huge issue about how awful his dish (Chicken satay made with peanut butter *shrug* pedestrian, but really, how bad can it be?) was, and how someone on his team was going home and it was his fault. SO he gave up his immunity- and he went home. Everyone acted so shocked, like it had never been heard of. BUT, I clearly recall at least two times when the judges indicated QUITE strongly that they felt the person with immunity should sacrifice it because their dish was the worst on the team. One was season 11 in New Orleans where Nick made corn silk birds' nests and everyone hated them. He had immunity so Stephanie went home, even though everyone loved her dish. It annoyed me then, how big a deal they made out of the fact that Nick didn't give up his immunity. The whole point of immunity is to protect a chef when they make a cooking gaffe. Take that away, and there are many chef's who wouldn't have made it to the finale.

Jamie Lynch's Side of The Story

There. I said it. *fills coffee cup* Back to regularly scheduled programming.

That's it folks, all the news that's fit to print. I'm off to put some words on the page and dinner on a plate. Or in a crockpot, for you know, dinner later.

Posted by Lee Brazil at 7:09 AM No comments: