Hey! The print version of Truth or Dare, containing Keeping House, Telling the Truth, and Giving Up, is due out in November!

Just got this new cover art from the talented Victoria Miller! 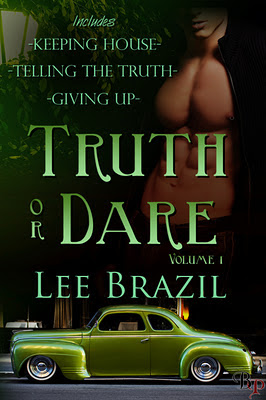 Loving Jacob: Count Down to release!

Counting Down to Release day!

Check out the blurb, the excerpt... and leave a comment to win a copy of your own! 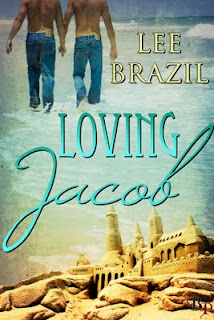 When Malcolm Jenner’s sex-on-the-side turns into more, he isn’t above begging for a second chance.

High profile attorney Malcolm Jenner is looking for a bit of fun, nothing serious. He's got duties and responsibilities, after all. He doesn't usually choose his lovers from the office, but his attraction to Jacob Renault is too compelling to resist.

However, Jacob isn't interested in temporary. He wants it all—Prince Charming, the castle, the happily ever after. There's no rule that says the younger man can't have fun while he's searching for his prince, though…

At first neither is willing to compromise on their stance, but an agreement is reached, with each man planning to do his best to subvert the other to his viewpoint. Lust turns to love, and what’s impossible becomes merely improbable, but is it going to be enough?
Malcolm gritted his teeth and reminded himself that an office fling with a man who had to be at least ten years his junior was out of the question. He and Penny had long since relinquished any pretense of monogamy in their marriage and reached an amicable agreement to conduct their affairs discreetly out of respect for their son and their friendship. Fucking purple-eyed twinks in the elevator at work? Not discreet.
He kept his gaze focused on the gleaming silver metal of the doors as the elevator made its excruciatingly slow way up to the third floor. His glance flicked to the reflection beside his. The younger man stood casually, shoulders propped against the wall, licking pink lips. His purple gaze in the hazy reflection was focused…fuck…on Malcolm's obvious erection beneath his dark dress pants. Discretion. Discretion. He snarled at his libido. There will be no casual hookups with people from the office, he warned his eager cock. He shifted to the side slightly, hoping to hide the evidence of his arousal from the other man. Damn it. That kid had the sexiest eyes he'd ever seen. He wanted like hell to see them glaze over as he fucked the tight ass hinted at by the khaki pants he wore. He didn't go much for the intimacy of face-to-face encounters, but for the sight of those eyes and that mouth in the throes of orgasm, he'd make an exception. His tendency toward quick casual encounters disguised his preference for male partners and kept word of his homosexuality from getting back to his parents, his partners in the firm, and out to the public.
A law office, like any other place of business, was a microcosm of the world at large. Malcolm knew from being on the receiving end of gossip from his secretary Marge that every action and interaction between employees was fodder for the gossip mill. Being the subject of water cooler gossip lacked appeal and offended his sense of dignity, as did the knowledge that he apparently couldn't control his urges around the tech guy.
He threw in the towel and gave up the fight against his attraction to the young man from the technology department. Malcolm caught that sultry purple gaze on his cock for what must have been the hundredth time. The slight young man brushed against him in an intentional teasing slide while he tried to exit the elevator on the second floor.
Impulsively, Malcolm grabbed Jacob's hand and pulled him back inside the otherwise-empty space. He kept that small, soft hand locked in his own as he allowed the heavy metal doors to slam shut and the elevator to rise to his own floor. There he slapped his palm against the button that prevented the doors from opening. He'd had all the titillation he could stand. Malcolm swept the young man into his embrace. He tilted Jacob's head upward with one hand and dropped his mouth passionately, almost brutally, to kiss the other man. His other hand tangled in the black curls that had taunted his senses over the past weeks. He forced the soft pink lips apart, then swept his tongue inside. Instantly he was absorbed in the heated, slick haven of Jacob's mouth. The honeyed sweetness drew him further in and his tongue eagerly sought the textures and flavors that had been hidden there. Fuck. He could drown in the wet heat he found behind those soft lips. It was addictive. Jacob didn't even try to escape the kiss; in fact, he seemed to be doing his best to encourage it. He brushed his tongue against Malcolm's, sweeping it gently along the roof of his mouth, seeking and finding the sweetest spots. Both men were panting heavily when they separated. 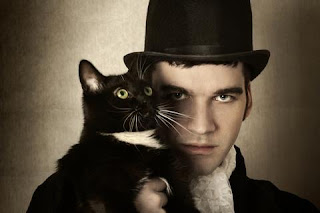 Don't tell him I love him. I see the way he treats his lovers. Man or woman, he takes what he wants and heads back to the streets, preying on the unwary. The fools jump in his bed, never heed my warnings. I hiss and scratch, but they coo and moan. They never fucking listen. And they always leave in tears.

I see through his mystique, know the man behind the illusion. Fuck him.

A stroke isn't all the affection I need.

One day, My Lord, you'll see your place in this relationship.


Like that flash?
Check out the others and see what they're showing off today! 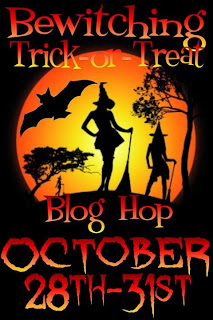 What differentiates a cat from a comma?


Happy Halloween!  I'm thrilled to participate in the Bewitching Trick -or-Treat blog hop.  And just because I can... I'm giving away your choice of my books in pdf format from the list at the right to five people.

How do you win?

Leave me a little joke... a bit of Halloween humor... and I'll choose winners from the tricksters by random number draw.


Who else is Trick or Treating with us?

WOW!  You are going to be busy busy little tricksters, aren't you?  Have fun!

Crawl in Bed With Silvia Violet


Crawling Into Bed With Silvia
And a Good Book

*crawls into bed and stretches out* Important things first, are these sheets silk or cotton? *snuggles in next to Lee* smooth, crisp high thread count cotton

hat are you wearing? A tank top and yoga pants. They're comfy and they come off easily *grins*
*grins*  Ease of removal is a pivotal point when choosing sleeping attire. What are we snacking on in bed while we read tonight? I made cookies. Oatmeal chocolate chip and classic peanut butter.

If I open this nightstand drawer, what will I find? A notebook, a few pens, some ponytail bands, maybe a scrunchy left over from the early 90s. I have kids so all the good stuff is hidden under the bed.

Do you roll up in the blankets like a burrito, or kick the covers off during the night? I keep the house nice and cool so I can curl up tight under lots of covers. Of course it's lovely when someone is here to keep me warm.

Can I put my cold feet on your calves to warm them up? Yikes! *shivers* Okay, for you, Lee, I'll make an exception.

Okaym, now that we're all cozy and comfy here, what are we reading? My newest release, Reef's Guardian in which a marine biologist and a shapeshifter heat up the underwater world. 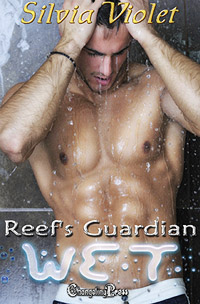