Welcome Back to Vicktor Alexander: In The Beginning Blog Tour

"Fight for me." Ronny and Cole's relationship

Hi Lee, Lee’s readers, and followers of the “In The Beginning” blog tour. We’re about halfway done with the tour now and I’m excited to be able to talk about Ronny and Cole’s relationship today.
When Ronny and Cole first meet it is lust at first sight. Cole doesn’t hesitate to bite and take what it is his. Ronny doesn’t initially fight it and then he does when he realizes what is going on. So what is it about Cole that causes Ronny to react in such a way? Is it his muscled frame, his hazel eyes, or his thick hair? Or maybe it’s his mating pheromones?
Whatever it is, Ronny allows the mating bite and then he fights against it, but Cole won’t allow Ronny to fight against what he knows to be right for them. Which happens a lot throughout the book.
When I got the idea for this couple I knew that while there would be outside forces that Cole and Ronny would be running from and have to fight against, that the bulk of their conflict would come from within their own relationship. It would be Cole’s constant fight for Ronny and Ronny’s silent pleas for Cole to fight for him.
Whether it’s him telling Cole that he doesn’t have to stay at Starbuck’s or even telling him that he’s “not a twink from some romance novel” it’s not that Ronny is a sadist, but there is a part of him that believes that he is not worthy of being the lead of his own love story. And because of that when it happens, he fights against it.
While writing Cole and Ronny I took a lot of their struggles from my own real life relationship struggles, conversations, and even emails.
Ronny even tells Cole that he’s going to have to fight for him, but he doesn’t exactly tell him at the best moment and I think that shows more about Ronny’s personality than anything else, so enjoy the following excerpt and remember that The Beginning is available for order now at Rooster & Pig Publishing and available for pre-order at different third-party websites (ARe, Bookstrand, Kobo, NOOK, Amazon): 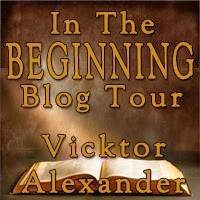 Ronny felt amazing on Cole’s cock. Cole grit his teeth in order to prevent himself from coming too soon. Thinking about his parents having sex might have done the job too well as he felt himself start to soften, but when he heard Ronny’s pleas for more, Cole hardened back up. Thank the gods for that. He started off a slow rhythm, thrusting in and out of his mate’s body. The headboard banged against the wall and Cole was grateful there was no one on the other side of him. Especially when Ronny started to let out loud yells and demands for “more,” “harder,” and “faster.” Giving his mate what the man so desperately wanted, Cole fucked Ronny harder and faster, the sound of flesh slapping against flesh echoing loudly in the room.
His canines punched through his gums almost painfully and Cole leaned forward to lick at the side of Ronny’s neck.
“You want to bite me again, lion boy?” Ronny panted out. Cole growled, all thought completely leaving his head and going on pure instinct. “Do it!”
Once again following his mate’s direction, Cole buried his teeth in Ronny’s neck and groaned at the taste of his mate’s blood flooding his mouth. As he drank down the blood that would bind them together for all eternity, Cole felt the mate bond click into place. All of Ronny’s memories and thoughts flooded his mind. Cole felt his cock expand deep within Ronny’s channel before his seed shot out of the slit and filled Ronny’s ass. As usual with mated couples, the head of Cole’s cock grew into a knot that latched onto Ronny’s prostate, effectively locking them together as Cole continued to shake and twitch through another orgasm.
“What the holy fuck is that?” Ronny exclaimed as his cock shot out another stream of spunk.
Cole was happy to see that his mate’s orgasm was being extended by the knot and gave himself a mental pat on the back for giving his man multiple orgasms. “It’s called a knot, baby. All shifters have them, but they only come out when we sleep with our mates,” Cole stated in a breathless voice.
“Oh, god, I love the knot. I LOVE THE KNOT!”
Ronny screamed and Cole grew worried when the other man promptly passed out.

Okay, Cole was officially freaking out. It had been forty minutes and Ronny still hadn’t opened his eyes. Cole knew his mate wasn’t dead. He could still feel Ronny through their bond and he hadn’t gone feral from the loss of his mate, but Ronny could be in a coma. Oh, god, he’d fucked his mate into a coma. He ran his fingers through his hair and tugged lightly on the strands. Should he call someone? Who would he call that wouldn’t try to kill him and Ronny on sight?
Just when he picked up the phone to call Benjamin or his parents, Ronny sniffed and opened his eyes. Cole breathed out a sigh of relief and leaned over to press a deep kiss to his mate’s lips.
“What happened? Why are you shaking?” Ronny asked, reaching up to rub Cole’s bicep.
Cole shook his head. “You passed out and I was afraid that you had slipped into a coma or died or something,” he admitted sheepishly.
Ronny snorted. “You’re good, but you aren’t that good, lion boy,” he said with a chuckle before he pushed himself up into a sitting position. Cole laughed when Ronny looked down and noticed the semen cooling and drying on his skin. “You couldn’t have cleaned me up while you were having your little freakout session?”
Cole let out a loud bark of laughter. “I’m sorry. I was a little too busy making sure you were still alive and wondering if I should call for help to take the time for hygiene,” he said with a wide grin on his face.
Ronny shook his head as if he were disappointed in Cole, but Cole could see the twinkle in the other man’s eyes and could feel the happiness and satisfaction that thrummed through their mating bond.
“That’s very upsetting to me, Mr. Tronk. If you had called for help, would you have let them come into the room to see me naked and covered in jizz?”
Cole growled and pounced on Ronny, pressing the other man back down on the bed. His lion roared inside of him at the thought of anyone seeing their mate naked, blissed out after sex and covered in cum. That was a sight for Cole and Cole only.
“Mine,” he said in a guttural voice.
Ronny nodded his head and wrapped his arms around Cole’s neck. “I’m not really into the whole fated mates thing. I mean, I get that it’s something for you… shifters. But, for some reason, belonging to you is not freaking me out as much as it probably should,” he said. Cole felt happiness and pleasure flood his being at Ronny’s words. “Though I’ll probably flip the fuck out at some point and take it out on you. I’ll probably go off on you and cuss you out. I have this whole self-sabotage issue. So just remember that. You’ll have to fight me for me. Okay?”

Blurb:
Ronny Parker has always been aware that there was more to life outside of his Harlem apartment. When he goes to work one morning at Starbucks, he finds himself coming face to face with a reality that he was not prepared for. He finds himself the eyewitness to a fight between two shifters, a wolf and a lion, one of which bites Ronny and calls him “mate.” When Ronny wakes up the next morning, he finds himself thrust into a world neither his family, nor his teachers, ever taught him about and he does the only thing he can do. He starts to investigate.
Cole Tronk has been taught from an early age that he is never to mate a human, never reveal his true nature to a human, and that he cannot be gay. But when he gets into a fight with his oldest friend outside of a Starbucks and finds himself smelling the most intoxicating scent ever, he throws all of those rules out of the window. Before long, Cole and his mate, Ronny, are on the run from the governing body of the paranormals, humans who have now discovered that paranormals, magicks, and supernaturals exist, and someone from Ronny’s past who is determined to kill them both.
Along the way, Cole and Ronny meet up with a group of paranormals, magicks, and supernaturals who are also gay, and who are researching the true history of the world and creation. What they find will not only change their lives, but the entire world and the future. Will Ronny and Cole’s mating survive all of these obstacles? When a millennia-old lie comes back to bite them in the ass, will Ronny and Cole be able to deal with the consequences?

You can buy The Beginning here: http://www.roosterandpigpublishing.com/new-releases
Posted by Lee Brazil at 4:00 AM 10 comments: