Now Available: Because You're You #mmromance #secondedition

Just wanted to inform you that my newly re-covered, and re-edited, short story Because You're You is now available at All Romance eBooks and Amazon. I revised it in conjunction with the release of a French edition for the overseas market.

In the interest of full disclosure, the smashing new cover and the editing have not changed the story overly much. If you have the previous edition, with my poor attempt at making my own cover, or even the Good Reads Anthology which contains the original, unedited version, then you have the story and there is no need to buy this edition. Unless you, like me, just love that cover!

Early 2011, it all began with a letter and a picture in the Goodreads M/M Romance Group. 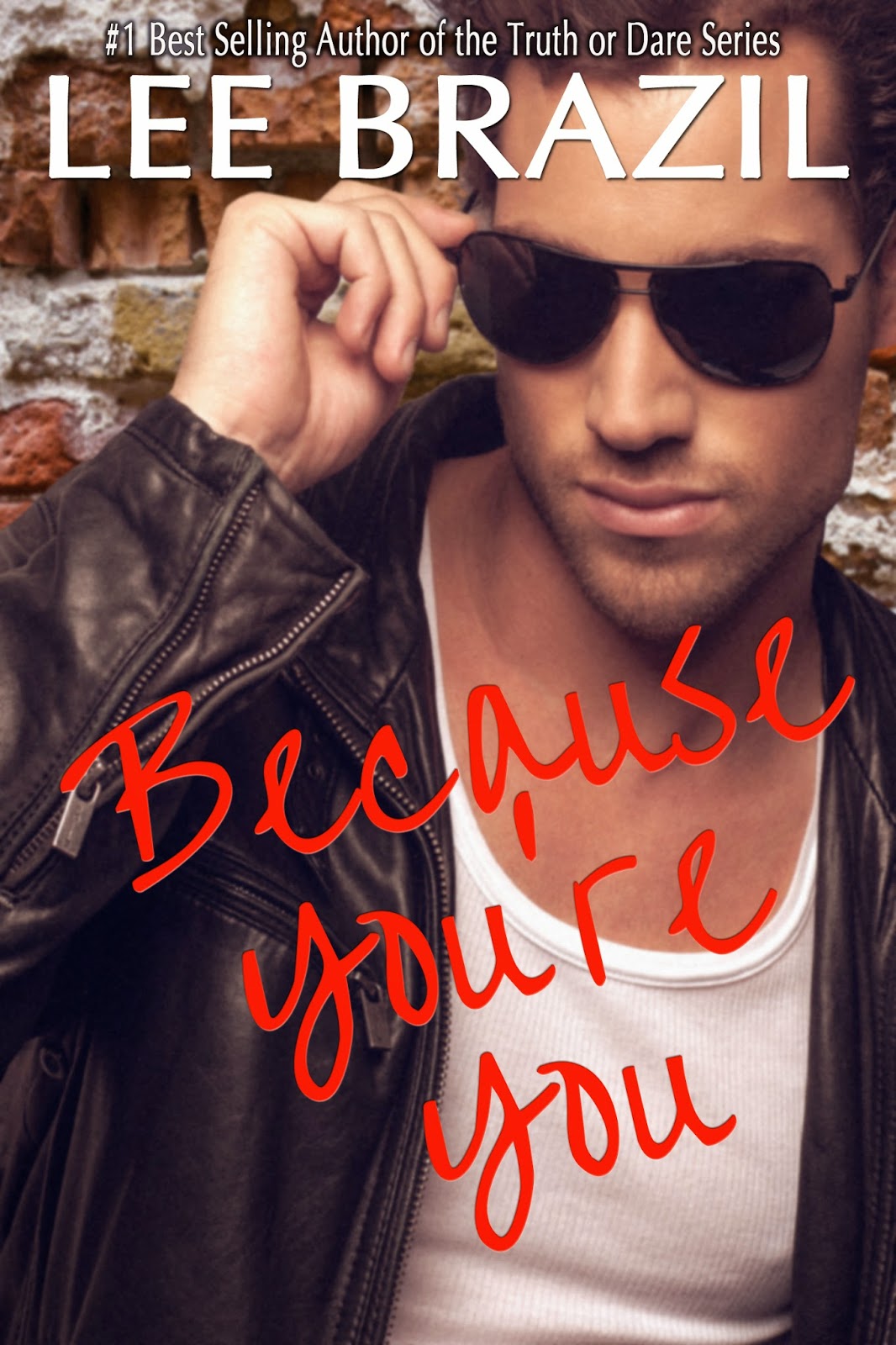 Dear Author,
My marriage ended badly but I have no regrets as I now have a wonderful son. I wonder what's next for me, though, and if I'll ever find true love?
Sincerely,
A Reader

And from those two sentences a story was born.

This is that story.

Devyn Strake's tattoos and piercings are sexy as hell, but what really attracts Sully Moore's attention is his new neighbor's tender care of his infant son.

Devyn shouldn't let his attraction for his handsome neighbor distract him. He's in trouble, and he has to make baby Kail his chief priority.


How does a good cop find love with a bad boy in trouble?


Furious, Devyn Starke stalked up the overgrown path to Kayla’s apartment. It was his weekend to have Kail. Devyn was stuck with this stupid visitation agreement, Wednesday nights and every other weekend, alternate holidays. He should have had full custody, but instead, the judge had decreed that a boy of eight months needed his mother more than his father. Bullshit. Kail needed him as much as he needed Kail.
2C. He hadn’t been here before, but, surely Kayla could afford better on the amount of child support and spousal support he’d been required to pay?
He knocked politely on the door, a sharp rap. A noise from inside drifted through an open screen window. It only took a moment to recognize the sound as the pathetic cries of a baby. He pounded his fists on the grubby door, calling out, “Kayla! It’s Devyn. I came to get Kail for the weekend.” There was no response, no sound from within but the continued cries. He wasn’t supposed to be here. Kayla had claimed he’d threatened her, asked the judge for a restraining order. The judge had eyed him up and down, noting every piercing and tattoo, and the order had been granted. His expensive lawyer and his dad by his side in his Armani suit had counted for nothing. He looked like a thug, therefore, he was a thug.
Then again, Kayla was supposed to bring Kail to him for his visits at a prearranged public place. He’d waited at the McDonald’s for over an hour past the time they were to be there. When he couldn’t reach Kayla on her cell phone, he’d given in to the anger and headed over here. She could have all the money he could get his hands on, but Kayla wasn’t keeping him from his son anymore.
He could hear Kail’s frantic cries from inside the apartment, but other than that, there was no sign of anyone being home. It was his weekend to have Kail, and Kayla was fucking nuts if she thought she was going to get away with not bringing him to the meeting place again. Restraining order be thrice-damned.
Pain ripped through him as his son’s cries grew louder on the other side of that door. He looked around frantically. Either Kayla had gotten a lot more tolerant than she used to be or she wasn’t in there. If she was, she was passed out. He had to get to Kail. The manager’s office had an out to lunch sign on the door. No help from that quarter. No one else seemed to care about the noise he made or the noise his son made.
Devyn bent forward to peer in the window, hoping to catch sight of Kayla or Kail through the window. He couldn’t see Kayla, but he saw Kail right away. The little boy stood clutching grimly at the bars of the playpen, screaming and crying, face red with exertion. Tears had etched shiny tracks down his face, and he was nude except for a bulky-looking diaper.
Desperate to get to Kail, he pulled from his pocket the Swiss Army knife his dad had given him for his fourteenth birthday. The window to the left of the door was raised just a bit. Kneeling down, he used the sharp blade of the knife to cut the screen away from the frame. Peeling the screen back he raised the window, talking as soothingly as he could to Kail. “Daddy’s coming, big boy. No need to cry. Daddy’s here.”
When Kail turned to the window and caught sight of his daddy climbing through, his shrieks subsided to sobs. The tear-drenched dark eyes ripped another hole in Devyn’s heart. Fuck. He landed on the floor under the window, knocking a withered plant over on the way down.
Without Kail’s cries, the apartment was eerily silent. Kayla wasn’t here. Devyn rose shakily and hurried to the playpen. Kail reached out to grab him, striving to climb out on his own. “Shh…I got you.” He pulled the squirming little body close, grimacing as hot liquid seeped through the soggy diaper and wet his own T-shirt. He wrinkled his nose at the scent of piss. Poor tyke hadn’t been changed in a while.
He searched the dingy room for diapers and wipes, relieved to find them and a diaper bag on the floor by the battered sofa.
On the way over to the sofa, the sticky tapes on the side of the current diaper caved to pressure and it fell off to land with a sickening plop on the floor. He left it there. Bitch could clean it up when she got back. He set Kail down on the sofa, and held him in place with one hand while he knelt next to the sofa. He patted blindly with one hand, reaching for the wipes and a diaper.
A sudden sharp prick of pain in his finger and he glanced down in disbelief. No freaking way. The thin glint of metal caught his eye. Way. A needle. His gaze zoomed to the grungy coffee table and took in the other paraphernalia there. Shit. Fuck it. He whipped his T-shirt off over his head and wrapped it around his son. Fuck this shit.
Grabbing the diaper bag, he hoisted Kail into his arms and headed for the door. He clutched his little man to him with one arm, heart aching at the baby’s desperate grip on his neck, and pulled his cell phone from his pocket. A few quick zoomed in shots of the drug stuff, a few wide angle shots of the whole room, and he was on his way. If Kayla walked through the entry while he was on his way out, he’d mow the bitch down.
Bad enough to leave the little man alone in the apartment for god knows how long, but to be using again? 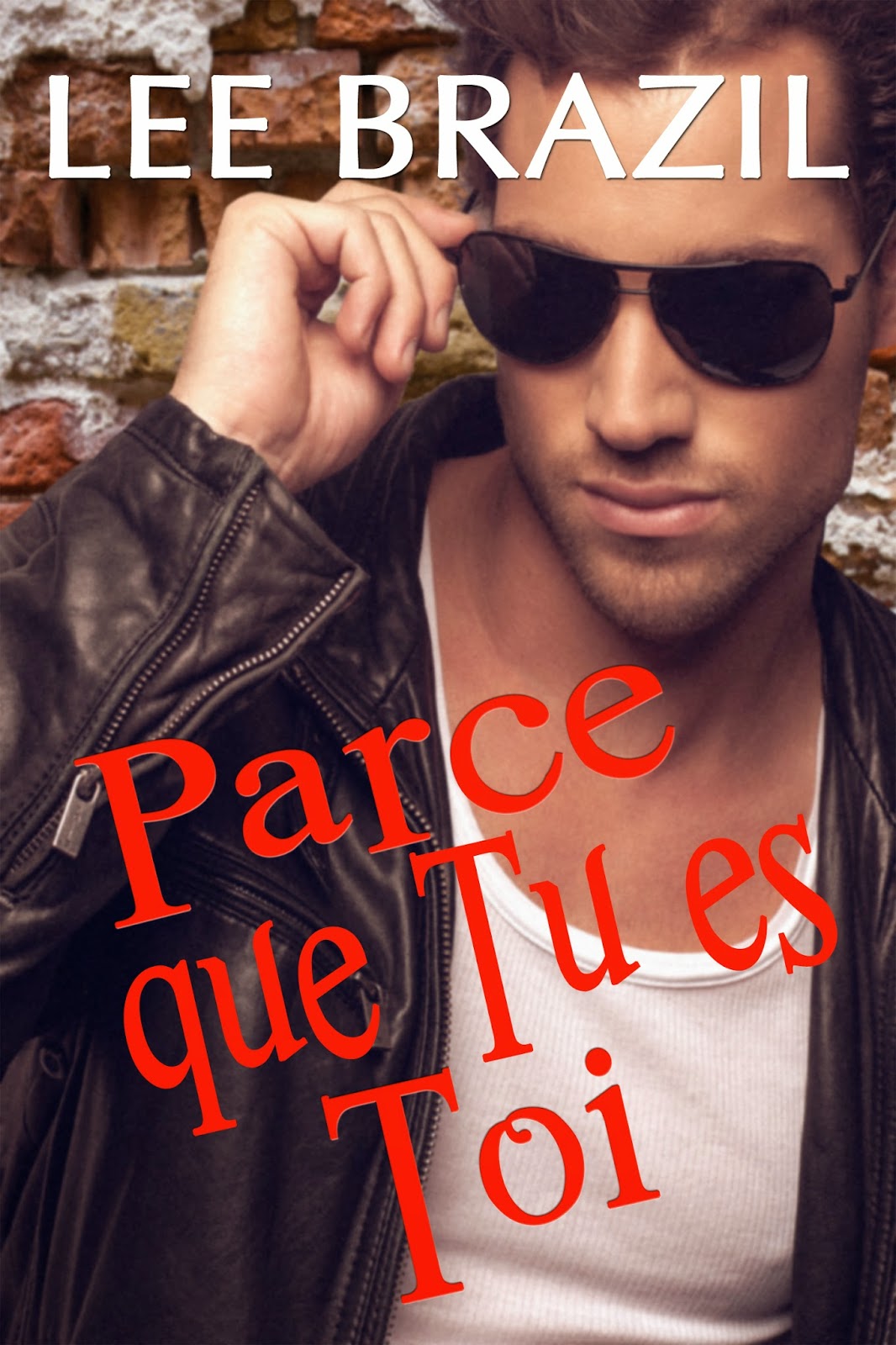 He slammed the door on his way out, not caring who saw him as he cuddled his son in his arms and headed to his car. He fumbled his cell phone and hit speed dial. “Dad? I’m coming over. Bringing Kail. We need to talk. Call the lawyer.”

While previous editions of this story were free,  the production of this second edition entailed professional editing, cover art, and translation fees. As far as I am aware, the original anthology version is still free at ARE HERE.

Email ThisBlogThis!Share to TwitterShare to FacebookShare to Pinterest
Labels: because you're you, mm contemporary, mm romance, re-release

Just wanted to take a moment to pass on to everyone that my publisher, Breathless Press, is having a 50% off sale this weekend!

The sale is good Friday to Monday, so now is a great time to pick up some exciting new m/m romance reads!

My books included in the sale:

Crawling Into Bed With Chris T. Kat
And a Good Book

Important things first, are these sheets silk or cotton?
Cotton now, silk in the summer. :)

What are you wearing?
That depends on what time we're talking about...

What are we snacking on in bed while we read tonight?
Er, I don't snack in bed. The crumbles, you know, they get to places they shouldn't go.

If I open this nightstand drawer, what will I find?
Hmm, jewelry, some light scarves, lube and some nice accessory. :D

Do you roll up in the blankets like a burrito, or kick the covers off during the night?
I prefer Mr. Kat spooning behind me.

What are we reading? Sacrifices : A Jeff Woods Mystery 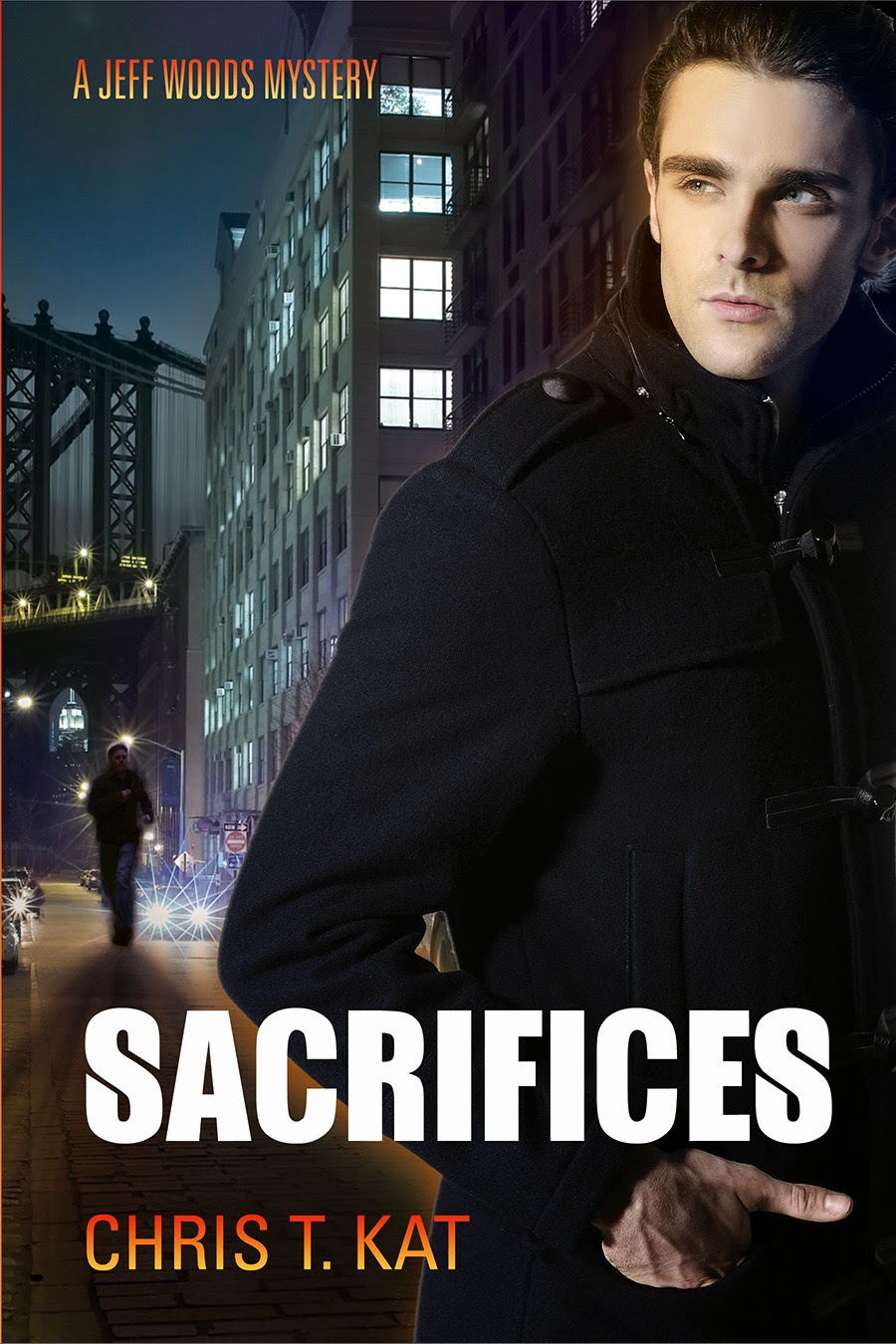 When he was outed on the local news, Jeff Woods gave up his dream job as a detective to become an on-air radio personality. The sacrifice was worth it to keep Alex and Sean in his life, but Alex lost his job, too. Jeff can tell Alex worries he’s pressuring Jeff too much, first with Sean and now the lack of money, but he has no idea what that will lead Alex to do. Desperate times bring out the stupidity in some people, and when Jeff discovers Alex is in over his head in a situation he can’t handle, he needs all his self-control to stay calm.

Life is not easy with the Church of Virtue still spouting venom wherever they go, homophobes at the police department, a gangster who wants Alex in the worst possible way, and a bed that barely holds one grown man, much less two (and a child), but Jeff is there to stay for good, and he’ll do what it takes to make Alex believe him.

Book Name: Sacrifices (A Jeff Woods Mystery; Sequel to Attachment Strings)
Author Name: Chris T. Kat
Author Bio: Chris T. Kat lives in the middle of Europe, where she shares a house with her husband of many years and their two children. She stumbled upon the M/M genre by luck and was swiftly drawn into it. She divides her time between work, her family—which includes chasing after escaping horses and lugging around huge instruments such as a harp—and writing. She enjoys a variety of genres, such as mystery/suspense, paranormal, and romance. If there’s any spare time, she happily reads for hours, listens to audiobooks, or does cross stitch.