Welcome back and good morning all!

Warm. Soft. Cozy. Mm. Mat’s bedroom. Mat’s bed. Images of thick muscles and fine brown hair, of that crooked, sexy little grin, and the eager to please glint in blue eyes flashed in rapid succession behind CC’s closed eyelids. “Oh, yes please,” CC murmured, stretching so hard his joints cracked. He could so use more of the loving that had exhausted him before. CC stretched his fingers across the bed, seeking a hard body. Mat should be here…. And a casual, sleepy touch could lead to so much more.
When his fingers encountered nothing but rumpled sheets, he sat up and opened his eyes. Blinking, he observed the almond painted walls, the pale blue drapes, the oatmeal ceiling. He realized that yes, this was Mat’s bedroom, but Mat wasn’t sleeping next to him. So much for fantasies. Reality was waking up alone in a strange bed.
It’s not that strange. I did sleep here before… sort of.
Keep them separate.  He reminded himself. Hurt threatened to well up, vocalize itself, but CC stamped it down into a tiny ball and swallowed it. So he woke up alone. Big deal. Wasn’t the first time some guy had left him snoozing in bed, and it wasn’t like he hadn’t been the one to do the leaving plenty of times either.
In fact, if her were perfectly honest with himself, then that’s exactly what he’d planned when he came home to watch superhero movies with Mat the other day. One night, fantastic sex, high school clashing with adulthood, creep out and get coffee on your way home.
CC slung his feet to the floor and stretched again. Thank goodness Mat had other plans. He’d hate to be feeling melancholy right now because of that night.
Oh you’ve got much better things to stress over, don’t you?
What?
Have you forgotten your little episode at the bank?
“Oh fuck me.” He dropped his head in hands and sighed deeply.
“I’d love to, really, but I have to go into the station. Dillon just called and he’s got something I need to see.” Mat stepped in through the open bedroom door, rubbing a towel over his head, grinning happily. Another towel was wrapped tight around his waist, “Sorry, Did the shower noise wake you? I tried to be quiet, but it’s an old house and the pipes do rattle.”
Great. Want to bet what his asshole brother wants to show him is the video footage from the bank’s security cameras? “Uh… I don’t know. Maybe” Focus idiot. You need to get out of here before he sees that tape. CC stood up. “It’s okay though. I have to go myself. I have work.”
Mat nodded thoughtfully, continuing to rub his hair dry with the towel. “CC?”
CC stared at his feet. “Yeah?”
“You never asked about the robbery. Don’t you… Aren’t you curious?”
“Oh. Yeah. So what happened after I passed out?”
“Well, after the freak hail of marshmallows started--”
“I saw that part.” CC interrupted, flinching. Freak. You don’t know the half of it, buddy.
“Oh right… well, it turned out to be two kids from the high school, trying to stage a prank.”
Oh fuck. And he knew just which two kids, too. CC nodded dumbly. His tongue too thick and throat to dry to force words out.
“Anyway, I thought you’d want to know.”
CC nodded again and pushed his way past Mat into the bathroom, shooting the lock with trembling fingers. Oh fuck. 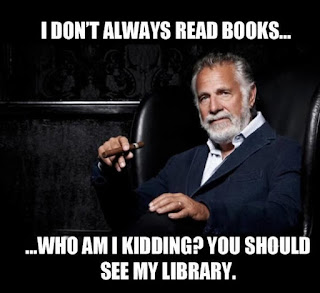 So, this week I've been reading something a little out of the ordinary for me...
Young Adult fiction. Kids books.

I went through a YA phase several years back... and even then I couldn't pass for a YA. But I did read Harry Potter cover to cover multiple times. All seven books. Then I fell off that wagon and couldn't get into things like The Hunger Games and Twilight. *shrugs*

Then I bought these books.

And Read them in one sitting. Now I"m stuck waiting until September for the next one to come out. Ooh how I hate the waiting game! 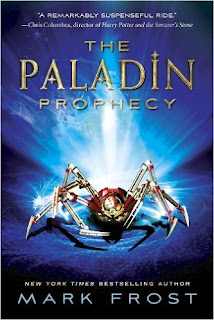 Will West is careful to live life under the radar. At his parents' insistence, he's made sure to get mediocre grades and to stay in the middle of the pack on his cross-country team. Then Will slips up, accidentally scoring off the charts on a nationwide exam.

After exposing the sinister underground society of students known as the Knights of Charlemagne, Will West stays at the Center over the summer to explore his newly developing physical and mental abilities. Meanwhile, his roommates investigate the Knights' shadowy purpose and discover unsettling information about their own backgrounds. Will and his friends must quickly figure out what's going on and separate friend from foe as they prepare for the coming fight.

If you're at all into Young Adult at the moment, give them a whirl. The writing is good, action flows well, and the characters are engaging. To be honest, I was half done before I realized it!
Posted by Lee Brazil at 4:00 AM No comments: