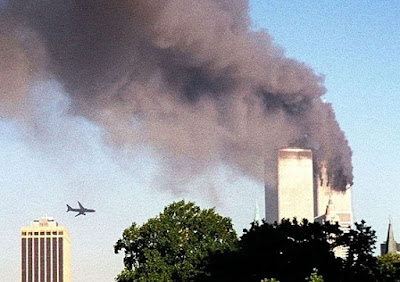 Posted by Lee Brazil at 6:56 AM No comments: 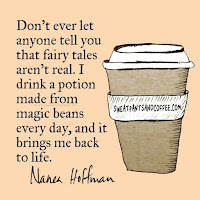 Good morning everyone! Hope this fine Thursday morning finds you all well and cool! *sips coffee* It's comfortably overcast here, so no unbearable heat today. Ooh… and this coffee? It's the bomb. I used my homemade pumpkin spice coffee creamer, and ooh whee! I may never buy the stuff again. This is amazing.

I'm celebrating the release of another French translation, La vieille buvette (The Old Soda Shop). Cover art is a sexy piece of work by Startled Monkeys Media, editing and translation by Jade Baiser and Valarie Dubar of Juno translations. .

Today there's more words to be written on At the Heart of Christmas and Mum's the Word. Wanna know a weird mummification fact? King Tut's penis was mummified erect.  That's weird all right. I remember when I was a kid back in the seventies and Tut first came to the US. No one said anything about Tut's penis. Just awe and amazement over the gold and artifacts. I might have been more excited to see the exhibit if someone had mentioned the mummified erection.

Finished up the Walking Dead. What a way to end season four, huh? Locked in a rail car, facing an uncertain future. And whatever happened to Beth? Who's gonna babysit Judith now? We all got jobs to do, and that was hers. 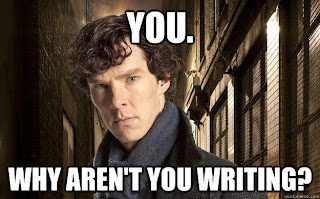 I think that just might be one of my favorite lines from the show.

We all got jobs to do.

And speaking of jobs, there's words to be put on the page here. Still working happily away on At the Heart of Christmas and Mum's the word.

Remember, there's a gift card giveaway in process HERE to see a complete list of tour stops and find the raffle copter for the giveaway. And one last thing… Take Time is on sale for $1 at Smashwords with Coupon Code: BL83X Expires: October 9, 2015. Pick up a copy today!
Okay- *turns up the music* Sweet! Today we have Fly by Night by Rush. Love this song *spins chair*  Have a great day everyone. Good morning everyone! *sips coffee* finally a break in the heat today. Downside of that is it's rainy and grey. This morning I visited Triberr, a great sort of social media site that I'm sometimes on the fence about using. It collects your friends into "tribes" and thus makes it easier to locate and share their tweets- because the twitter is such a swamp of information, it's easy to drown in tweets. To be honest, anything that makes twitter easier is something I'm all for. Twitter is one social media site I just don't get. And I've been trying to "get" it for about five years now.

Anyway, over at Triberr, I found this video,

posted by The Masquerade Crew.  And it makes complete sense to me. I can't log into FaceBook anymore without being inundated by ads for crazy things. And heaven forbid you look at anything on Amazon or Ebay, because there's going to be an ad for that banana slicing gizmo on Facebook next time you log in. But advertising isn't an author's biggest problem with Facebook. Uh uh. Nope. Our biggest problems is… Distraction. Procrastination. Probably a few more ----tions as well.
I cannot tell you how many times I've said, "I'm going to start work as soon as I check Facebook." An hour later… still scrolling FB, laughing, muttering, and drinking more coffee. 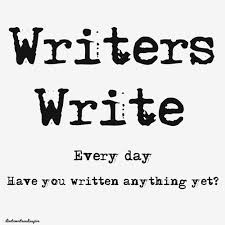 *shakes fist at dark sky* Not today Facebook! Not today! Today's projects include work on both Mum's the Word and At the Heart of Christmas. At the Heart of Christmas is now well over 10K and chugging steadily along. (I LOVE working with Havan Fellows.) Oh, and the publication of the French edition of The Old Soda Shop, which translates as La Vieille buvette. The translation was done by Jade Baiser and Valarie DuBar at Juno Translations, terrific cover art is by Startled Monkeys Media. Links and other information to follow.

Remember, there's a gift card giveaway in process HERE to see a complete list of tour stops and find the rafflecopter for the giveaway. And one last thing… Take Time is on sale for $1 at Smashwords with Coupon Code: BL83X Expires: October 9, 2015. Pick up a copy today!

Posted by Lee Brazil at 8:13 AM No comments:

Good morning friends and readers!
Sorry for the posting delay! Labor Day knocked me off track. Ready to see what's up with those letters? Me too!

Mum's the Word
Chapter Six
Sept 7: There were sirens. 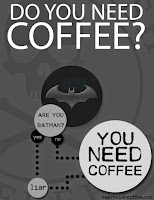 Good morning everyone! *sips coffee* It's another gorgeous summer day here, and I got to tell you, the sunrise this morning was stellar! We had thunder and lightning overnight, which in addition to keeping the dog up, probably helped cool things off for this morning.

Yesterday was my official Keeping House Blog Tour, but the giveaway lasts all week. You can go HERE  to see a complete list of tour stops and find the raffle copter for the giveaway.

Today's email sweetened my coffee quite nicely as it provided links to several lovely reviews for Keeping House and one for Dead Man's Hand, my last Pulp Friction book. With comments like these, how can an author not head to the keyboard smiling?

"Augh! I gotta know what happens in this series!" Molly Lolly

This was such a lovely, fast-paced, feel-good story. *happy sigh* … Definitely a story that I will read again sometime. Bayou Book Junkie

I've been watching The Walking Dead, as you know, and I keep playing Walking Dead games in the back of my head. This weekend's puzzler: You have to leave your home because it's overrun by zombies. You can only bring what you can carry. Assume you have a backpack. What ten things would you carry with you?

My current list is as follows: clean socks and underwear, water bottle, trail mix, tuna, a coat, a sleeping bag, a shovel, notebook and pen.

And I start all over again. What do I HAVE to have, and what can I do without? (Does a first aid kit count as one item or ten all by itself?)

Yes, I have better things to do. 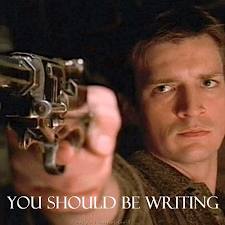 Today's projects include work on both Mum's the Word and At the Heart of Christmas. Plus many little tasks that managed to slip by me yesterday. For instance, I have to do a 777 on Facebook. Both Laura Harner and Havan Fellows have tagged me, and if I don't get on it, there won't be anyone left to tag. *grins* *sips coffee* What comes around…

Oooh. Music for the day, some 80's hairbands. Cued: Ratt, and Poison.

Okay- *cracks knuckles* wading into the work is the only way to get it done! Y'all have a great day.

Posted by Lee Brazil at 8:40 AM No comments:

A very hearty thank you to all the Pride bloggers who hosted my tour yesterday and a special thank you to those who took the time to read and review Keeping House! So glad that you all enjoyed it! You're the best!

Click on through and take a look at some great reviews.

Don't forget to stop and enter the rafflecopter giveaway!

Fangirl Moments and My Two Cents

Vampires,Werewolves, and Fairies, Oh My:

Wake Up Your Wild Side:

Three Books Over The Rainbow:

Posted by Lee Brazil at 7:19 AM No comments:

Just a reminder that today is the last day of All Romance's Labor Day Sale!

Celebrate the end of summer, and welcome fall at the

I have dozens of titles there to choose from...

Get $ back to buy again tomorrow!

For every $1 you spend, you earn 0.30 cents in rebates to use on a future shopping trip!

Posted by Lee Brazil at 3:30 AM No comments:

Good morning everyone! *sips coffee* Another gorgeous summer day here in the countryside- by which I mean too hot to handle! Taking it easy this mellow Labor Day weekend, don't know about where you are, but it's too hot for anything else here!


The day's music line-up includes The Eagles Life's Been Good to Me,    The Black Crowes' Too Hard To Handle, and Foreigner's Juke Box Hero . Some great writing songs in the mix up! What kind of songs do you play when you write?

Looking forward to finishing off season 4 of the Walking Dead. Just in time too, because I see Netflix has season five starting soon. And I just want to let you know that I have come to the conclusion that if Carl had died in season one, this would have been a very different story. Oh, and I AM going to have to get the graphic novels. Sixteen television episodes a year isn't going to feed my OCD.

Today's writing projects are chapter four of At the Heart of Christmas and chapter seven of Mum's the Word. Remember, chapter six will be here on the blog tomorrow!


Stay cool everyone and have a great weekend! 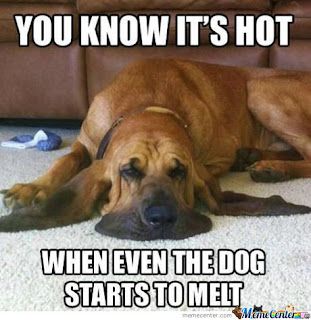 Posted by Lee Brazil at 9:44 AM No comments: