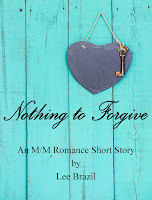 
Free to all readers at: 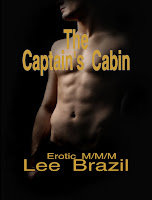 Cabin “boy” Mick is tasked with cleaning up the Captain’s cabin while the Captain and first mate are ashore on business. The punishment if he fails in his task is dire; the reward for a job well done, sublime.


Free to all readers at:

The Aristocrat and His Servant** 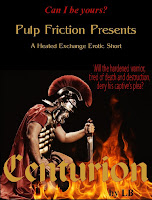 Pulp Friction: Heated Exchange…Leaving you Satisfied For Now
"Can I be yours?"
Centurion Gaius Priscus has had his fill of war and death but knows no other life. When he meets the captive Salicar's gaze after battle, months of stringent self-denial catch up to him in a blazing rush of need.
Salicar is a healer, an educated man unused to battle but with his own experience of death. He should prefer death to captivity, but cannot find the courage to make it. 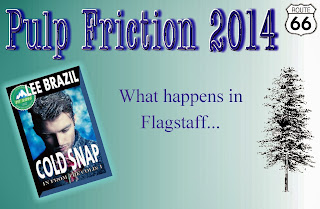 Professor of Literature Finn Lorensson is unashamedly a romantic. In his own words, he's a white knight in search of a charming prince to save. In fact, he's doing a good deed by stepping into the breach for his long-time friends and landlords at Mountain Shadows when a voice on the phone sends him tumbling headfirst into love/lust/fascination.
Four months later, a self-absorbed Dr. Cannon Malloy shows up in the flesh and has the poor grace to not remember their conversation. That could be because he's running from his past and too busy looking over his shoulder to appreciate what's right in front of him.
A winter storm and circumstance conspire to bring them together, but it'll take more than a charming smile and a pure heart to bring this frog-prince in from the cold.
Available FREE at       Smashwords     Barnes and Noble   iTunes   Kobo 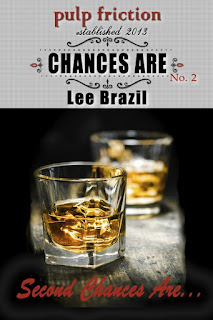 His Grandma always said he'd come to no good. Chances Are, she's right.
"I'm Chance, this is my place. You want me; this is where you can find me."
The problem with that, of course, was that it wasn't my name. My name was actually Aaron Dumont.
I picked up the name Chance as a kid when my grandma kept telling me "Chances are you'll come to no good, just like your pa." She had said it so often, it just kind of stuck. I've been Chance ever since. When she passed away and left me the remains of her estate, I sold everything but a few special items then invested it all in a nest egg for a rainy day.
I figured that's what she'd intended it for anyway. She'd said as soon as I joined the police force back in the eighties. "Chances are you'll come to no good there. It's a dangerous job and you're an accident waiting to happen."
She was right too.

* I regret that I am currently unable to offer these titles for free through Amazon. Because of their pricing structure, 99 cents is the lowest price I can offer there. However, you can download Kindle compatible versions from both Smashwords.

** I am unable to offer these titles at Barnes and Noble, Kobo, or iTunes because they are written under the pseudonym LB to separate erotica titles from romance titles. Smashwords does not currently allow authors to use multiple pseudonyms in the Premium catalogue. However, you can download compatible versions for all e-readers from Smashwords.